A local PR client, Deaton Law Firm (East Providence) came to us with a situation they didn’t know how best to handle. An employee of the firm, which specializes in mesothelioma cases due to asbestos exposure, discovered asbestos in her 6 year-old daughter’s makeup! The timeframe was just before Christmas 2017, and she wanted to expose Claire’s stores thinking many children would receive makeup as presents. They were on the fence about what to do or how to expose this. NPRM advised them to move forward immediately with releasing their test results along with utilizing the employee and her daughter’s experience. NPRM wrote a news release and we released it to key news media outlets both locally and nationally, as well as to public interest groups. The result was a story that went viral internationally! Not only did credible, major news outlets such as CNN, CBS World News Tonight, Teen Vogue, Bloomberg News, etc. pick up the story, Claire’s removed the products from their shelves; key lawmakers in U.S. States called on the EPA to act and also proposed product safey laws; other countries demanded that Claire’s recall products; and in March 2018 Claire’s filed for bankruptcy.

For the Ocean State Job Lot Charitable Foundation, we handled an annual event over the past 5 years called Three Square Meals. This initiative spans 8 states in a PR capacity, featuring a 20-truck convoy escorted by State Troopers and an event at Job Lot’s headquarters in RI to send the convoy off with great fanfare. Our responsibility was to not only handle the publicity for the send-off, but to oversee each of the 15 Food Banks’ communications efforts both in traditional media as well as social and online.  We were responsible for securing celebrity involvement, state and regional VIPs from Governors to legislators, and each year to grow and come up with novel ways to improve and expand the event.

We secured (at no cost to the client!) via video or in-person participation the following:  Alec Baldwin, Governor Chris Christie, Rhode Island Governors Chafee and Raimondo, U.S. Senator Jack Reed, Boston Red Sox Owner Larry Lucchino, New England Patriots players Steve Grogan/Pete Brock and owner Jonathan Kraft, Patriots cheerleaders and mascot, rock band Third Eye Blind, and media partners ABC6 and iHeart radio, to name a few over the years. Resulting news media is too numerous to list or attach, however below is a link to The Providence Journal (we placed a front page story featuring Job Lot President) as well as a YouTube video showing one of the years.  Feel free to Google “Three Square Meals Job Lot” to see the press coverage annually ranging from 2013-2017 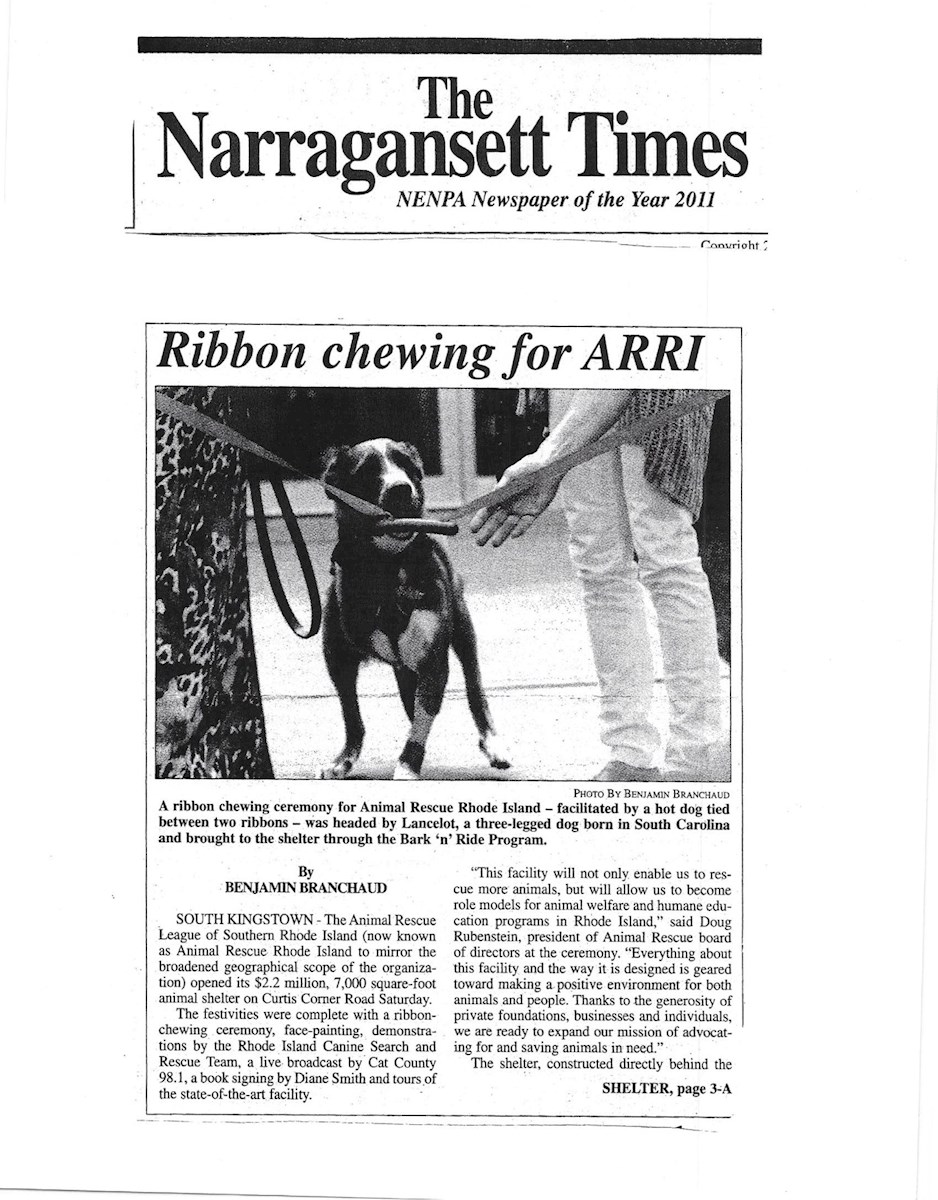 For client Animal Rescue Rhode Island (a nonprofit in South County, RI), we handled the grand opening and 2-day weekend open house for its state-of-the-art, newly constructed $2 million shelter, complete with a “ribbon chewing” ceremony featuring board members and local/statewide political VIPs.  As a result of the publicity (front page local story/photo, attached with thumbnail below) and outreach, the shelter later received a grant from one of the legislators in attendance, not to mention numerous dogs adopted by loving families. Also, we secured a spot in Providence Business News for the president of the Board of Directors Doug Rubinstein to be interviewed (attached) about the organization and the new shelter.

For client University Medicine (a nonprofit medical group practice with 200 doctors in multiple locations throughout RI), we opened their new $6.5 million facility in East Providence. The open house featured speeches from City officials, the Chamber of Commerce and our client, and was well-attended and received. Our work included hiring a well-known photographer specializing in architectural images to photograph the building professionally. This photo was blown up with a wide frame for attendees to autograph and now hangs prominently in a conference room at the client’s headquarters. 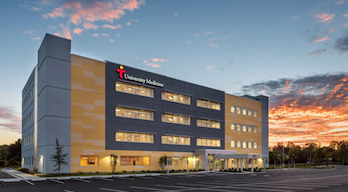